the big gaping hole in the system.

So, you've heard people talking about the gaps in our medical and mental health systems.  (to be clear, I am in Ontario, Canada).  Well, I always assumed, that as a reasonably intelligent, educated, and well spoken individual, with a history in the field of social services and a knack for self-advocacy and knowing/preserving my rights, that *I* would NEVER fall through the cracks.  I guess I didn't realize at the time that the cracks we are speaking of here are more like a CANYON...

Now, I have made mention before, recently, that our youngest daughter has been "diagnosed" with Sensory Processing Disorder (SPD).  I put the word Diagnosed in quotations, because, despite the disorder being recognized, studied, and treated successfully in many people for some time now, it has yet to be recognized in standard medical manuals such as the ICD-10 or the DSM-IV-TR.
Don't get me started on my conspiracy theories as to why this may be the case.  That, my friends, is a WHOLE other blog post....I guess I should restate that as "B has been identified as having issues with Sensory Integration, as well as issues with self-regulation...otherwise referred to as Sensory Processing Disorder.

Wikipedia describes SPD as "a hypothesized neurological disorder, in which sensory information may be sensed and perceived in a way that is different from most other people. Unlike blindness or deafness, sensory information can be received by people with SPD, the difference is that information is often registered, interpreted and processed differently by the brain. The result can be unusual ways of responding or behaving, finding things harder to do. Difficulties may typically present as difficulties planning and organizing, problems with doing the activities of everyday life (self care, work and leisure activities), and for some with extreme sensitivity, sensory input may result in extreme avoidance of activities, agitation, distress, fear or confusion".

That is the mildest description of my little girl that I've ever considered.  Conversely, going over to sensory-processing-disorder.com provides a frighteningly accurate account of little B's everyday existence, in words and descriptions that are so accurate they make my skin crawl:

These examples may sound extreme but for some with sensory processing disorders they are not."

That's my girl.  To a Tee.  Add "You need to ram your whole body against your mom as hard as you can repeatedly in order to feel her presence against you" and "You place your belly against a scalding space heater and create a grid-shaped burn that lasts a week and a half because your brain didn't tell your body that that should hurt", and that about sums her up.  Oh I could go on for days with examples...4.5 years of new examples every day!  Some that make us cringe, some that make us cry, some that make us explode with laughter, pride, love...Some that make us scared...Every day is an adventure to this family...I used to like adventure....grin. 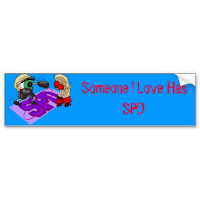 Anyhow, my rant about the system...The lack of support and treatment for B has been maddening.  In fact it has been so painfully lacking, that I recently called and wrote a letter to my M.P.P..  (I will post a copy of this letter, minus identifying names, etc, as my next post, as this one will then be too long)  Because after 3 solid years of trying to use the system here in the way it was intended, in order to get support and treatment for my little munchkin, I finally got to the people who could actually set me up with the Occupational Therapy she definitely needs, those folks agreed that this is what she needs, and then told me that she, GET THIS, does NOT qualify for O.T. sessions because she is TOO OLD - and will age out of their program without ever getting the support she needs.

Well, I did not take too kindly to this.  And, as mentioned before, I'm accustomed to advocating for my own rights.  Born Jewish in an era where overt racism was on a decline, but still an issue, a lesbian in an era where even I made horrid "lezzie" jokes as a kid, dismissed or actively looked over for promotions from career paths and even rental housing because of my forthrightness about my sexual identity, "married" my same sex spouse 2 years before it became legal to do so in this Province, and many other fights I have been willing to participate, our plight is not to go un-challenged this time.  Not when it is the most important fight of my life.  You WATCH.  This protective parent won't let her baby go with less than everything she needs to succeed in life.  See what happens if you try to hold her or I back. 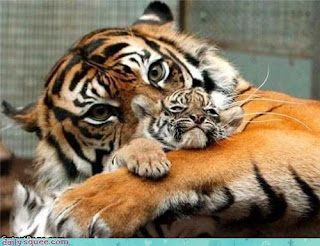 What the Pooh, Dude?